ENG | RUS
About Us
MA 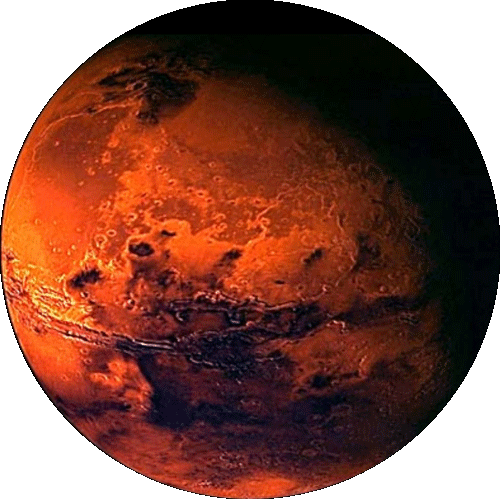 AM
Martian Atmosphere Observation and Modeling

We are an international team of scientists working on modeling Mars atmosphere.

Development of the Martian general circulation model (MGCM) has started in 2002 as a part of the project "Mars Atmosphere Observations and Modeling (MAOAM)" within the framework of the DFG-funded Priority Program 1115 "Mars and terrestrial planets".

The first version of the MGCM (Hartogh et al. 2005) was based on a grid core, and included Martian atmospheric physics suitable up to the mesopause (~100 km). The physical parameterizations have been further advanced and described in detail by Medvedev and Hartogh, 2007.

The second (and current) version of the model is based on a spectral dynamical core identical to the one used in the terrestrial KMCM (Kühlungsborn Mechanistic Circulation Model). It includes state-of-the-art parameterizations of atmospheric physics suitable for the altitudes from the surface to thermospheric heights (~160-170 km). Further description can be found in the papers of Medvedev et al. (2011) and Medvedev and Yiğit (2012).

To date, the MGCM has been extended to model hydrological cycle on Mars (Shaposhnikov et al. 2016). Russian contribution to the project is funded by a grant from the Russian Science Foundation №100027.07.32.RSF27. This is ongoing work on model development and application to interpretation of measurements.

On the following page you can see the animated results of our model for one Martian year.